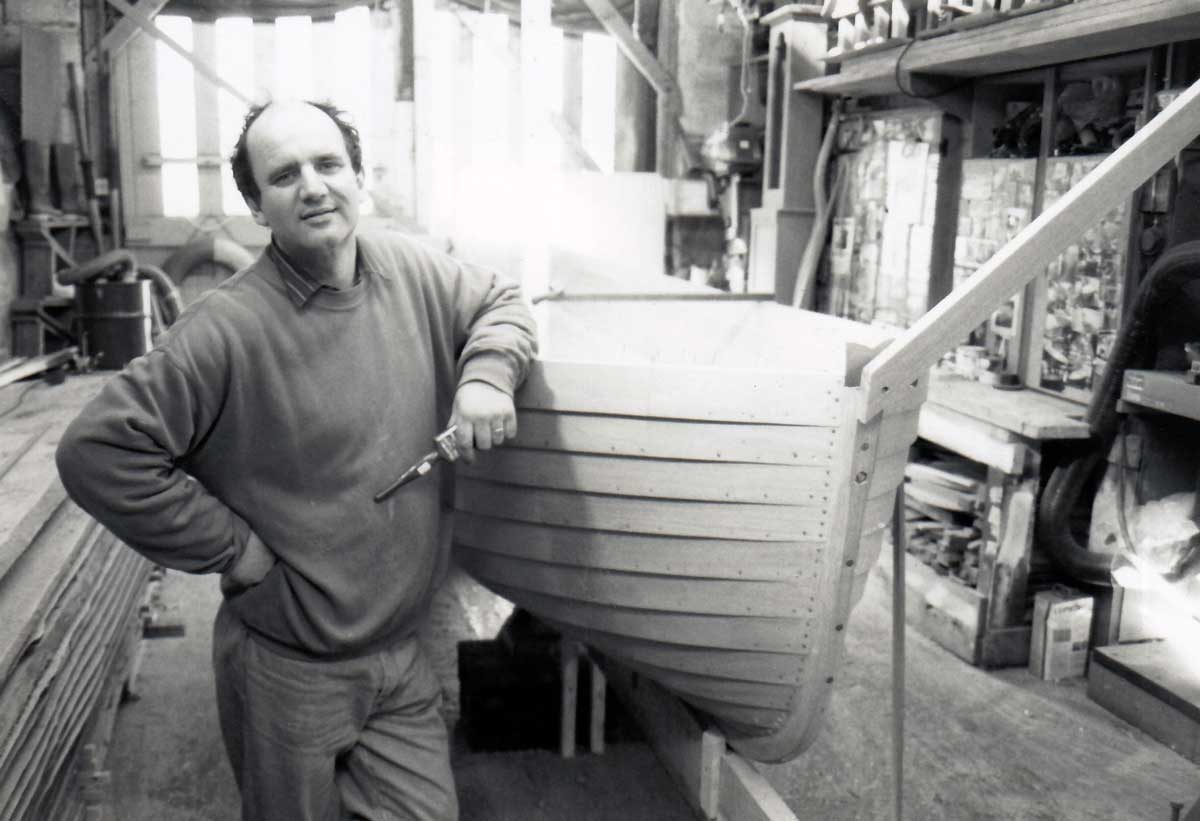 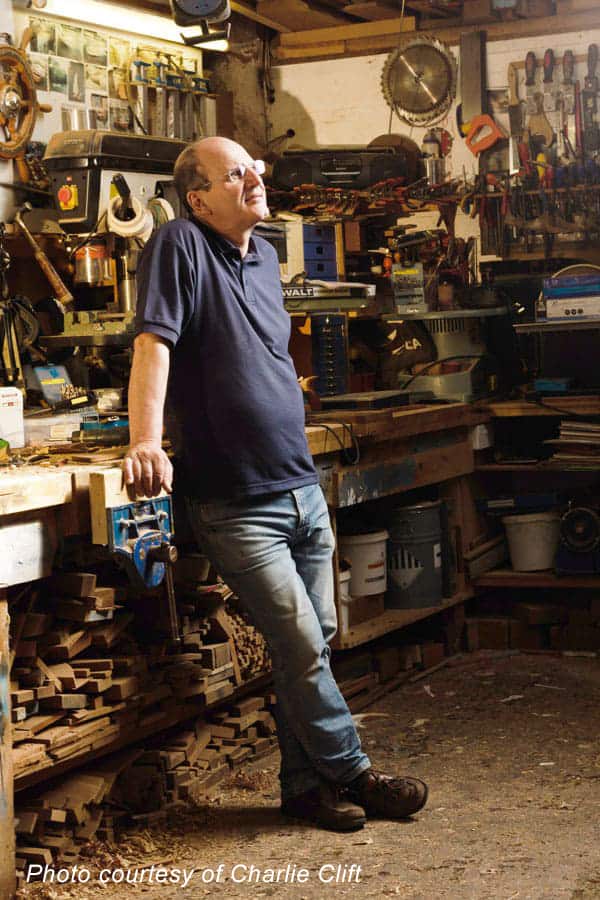 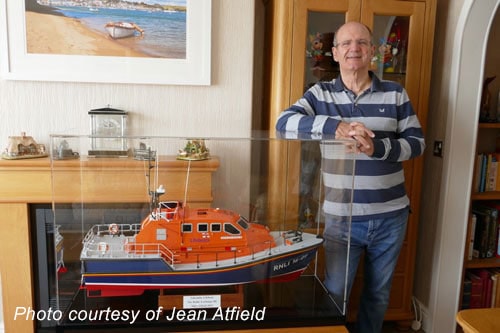 “I’ve known Mike Atfield since I was a boy.  Over the years, like so many others, I would pop in to see him at his workshop on Island Street.  As we chatted, Mike would apply his expert skills, which were an art form, to the boat he was building at the time.  On one such visit in early 2017, Mike told me that the hull laid out in his workshop would be his last.  After more than 55 years of creating beautifully designed and crafted wooden boats such as the Salcombe Yawl and countless motor launches and rowing dinghies for his customers, he had finally decided to hang up his tools and retire.

During our conversation that day, I asked Mike whether he would be happy for me to record his memories, as a gift, from the local community and me.  I was delighted when Mike agreed, and even more so when Jean, his wife, decided to take part as well.  I am grateful to them both for talking to me, opening up to me about their lives, and helping me make their film.  I must also express my thanks to my wonderful friend and colleague, Rebecca Kenyon, for helping me to tell their story.”

The film is available to stream online and proceeds will be donated to the RNLI.

Mike has so many stories about living and working in Salcombe, and I had the pleasure of spending some more time with him recording these.  We are delighted to share these stories with you.

There are nine episodes in total and you can listen to them below.

Up Against It from About Me For You on Vimeo.

Mike Atfield is a traditional wooden boatbuilder based in Salcombe in Devon, England. For well over half a century, he built more than 120 boats using the skills he learned as an apprentice and went on to perfect during his career.

In this intimate film, we watch Mike building his last boat alongside his wife, Jean, before he retires. Together they reflect on their life in a coastal community, where traditional skills are up against the challenges that are met when trying to pass them on to the next generation.

You can rent or buy the film to watch online by clicking here.

A DVD of the film can be purchased separately for £9.99 including postage within the United Kingdom.

You can order a copy by clicking the PayPal button below